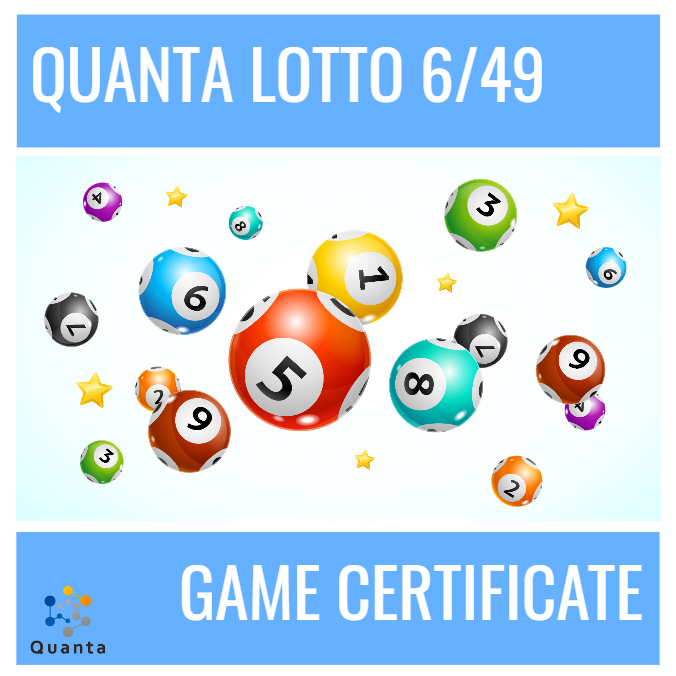 Quanta Technology, the world’s first licensed blockchain lottery operator, is delighted to announce that Gaming Laboratories International has reviewed our soon-to-be-released Lotto 6/49 lottery game and gave its approval by certifying it.

The Lotto 6/49 game utilizes Quanta RNG and involves players choosing six numbers from a possible 49. If the ticket matches all six randomly generated numbers, then the first prize is won. There are also prizes for matching 5, 4 and 3 of the generated numbers.

Quanta is currently in the final process of going live with the game. With the acquisition of the game certification, we are one step closer to releasing Lotto 6/49 which is anticipated to attract more players to join the Quanta game platform and increase participation from existing players.